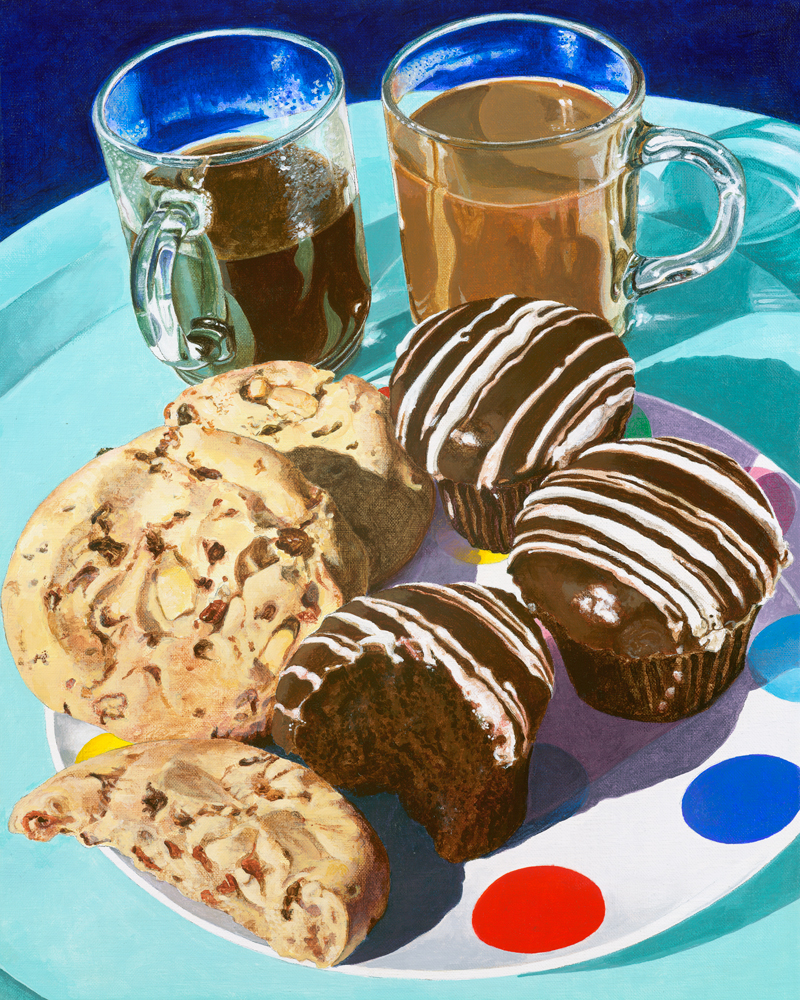 I was eating a raisin cookie one morning and I thought, I know, maybe I should paint this.
So, I set about mocking up a still-life arrangement using raisin cookies and changing things, adding stuff and moving things around, as you do.
I bought the dark chocolate treats with white-pipped icing from the local supermarket. The spotted plate came from the kitchen as did the tray, which also came from IKEA.

And I made the coffee!

I thought the half-eaten cake and cookie and two half-drunk cups of coffee were a moment captured in time and all that remained after two people had met. Hence the title.

Next time the objects I’m going to put on the tray will be an ashtray with cigarette butts, a spilt glass of bourbon with ice cubes, a clutch bag with revolver and a half-eaten Big Mac. I’m going to call it – ‘One day in Guatemala the FBI arrested my father.’

After Coffee She Left Me